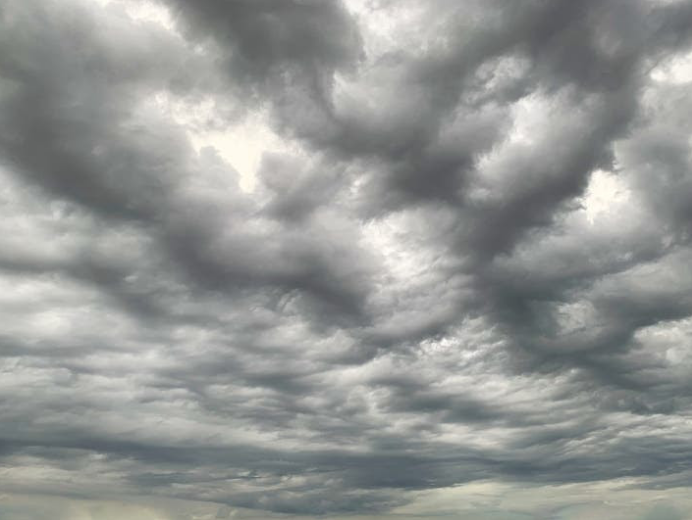 Thunder was booming across Riverside County Wednesday, and weather forecasters reported downpours in some areas.  Sprinkles and some showers have been felt across the area since Tuesday, but the loud thunder began Wednesday afternoon.   According to the National Weather Service, there is a 30 percent chance of rain across the region through the evening.  "It's been a very interesting day because of this unusual late-June surge of subtropical moisture," the NWS reported. The odd weather is typical for the region in late summer.  The humidity will subside but is forecast to return next week.  Mid- and high-level moisture and clouds will gradually move northeast out of the region Wednesday night, with isolated showers west of the mountains and scattered showers with a slight chance of thunderstorms in the mountains and deserts through sunset, according to the NWS.  Normal late-June weather will return Thursday, with coastal clouds nights and mornings into early next week. Temperatures will continue below average before warming up above average again Sunday and Monday, the NWS reported.  An increase in monsoon moisture could once again lead to an increasing chance of thunderstorms in the mountains and deserts toward the middle of next week, the agency reported.