Restaurants on the Brink of Disappearing Entirely 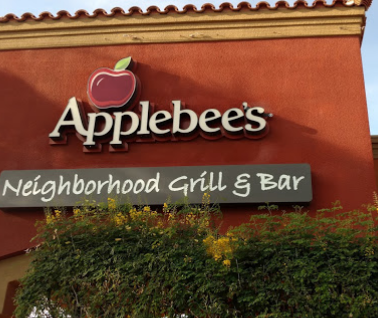 The restaurant industry has seen a lot of ups and downs in recent years. Most recently it has suffered greatly at the hand of the global crisis we have all been a part of. The failure of the restaurant business has come in part by the wide range of choices consumers have, as well as labor shortages and high overhead costs.  According to the National Restaurant Association, some restaurants are not going to be able to recover from these losses and will have to close many, if not all of their locations. These are the major chains that are in serious danger of disappearing altogether.

Applebee's: Opened its doors for the first time in 1980. It was welcomed with open arms by diners everywhere. However, over time, the restaurant chain has seen sales decline and not really pick back up. So far, Applebees has closed more than 120 of its locations, down to approximately 1,200 locations.  The chain's owner, Dine Brands, has been putting in a lot of effort to bring customers back, with deals like $1 cocktails, healthier options, and a new delivery option. None of their ideas seemed to work, though, as Applebee's is planning on closing yet another 20 locations this year.

Baja Fresh Mexican Grill: Opened its doors in the 90s. It was considered the top of the line Mexican food and boasted over 300 locations nationwide. They used all fresh ingredients and put their 'Salsa Baja' on everything. They also had a salsa bar that appealed to many.  However, after Wendy's bought the chain at the beginning of the 2000s, sales began to decline. Wendy's decided to sell the Baja Fresh chain to cut their losses. Today, there are only 165 of the chain left, in the US, Singapore, and Dubai.

Buffalo Wild Wings: Buffalo Wild Wings has been the spot for sports and grub for years. But when the chain raised all of their prices by 10% as a result of the rising cost of labor and food, customers were not at all pleased.  The company saw a loss of business from that point forward, which had them in turn selling some of their locations to franchisees. The chain currently has 1,200 or so locations, half of which are owned by franchisees. They are working hard to stay on the right track.

Burger King: Not even the big names are safe these days. Burger King is one of the most well-known names in the fast-food game, and they are not doing too well. Burger King has closed over 100 of its locations over the last couple of years, with 2019 being the one with the most closures so far.  250 locations were shuttered in 2019 in order to keep the finances from pushing them into bankruptcy. They are now looking to revamp their stores like their competitors.

Carl's Jr.: The original Carl's Jr. was called Carl's Drive-In Barbecue and was founded in 1945. Over time, it got a name change and slight menu alterations. Sadly, Carl's Jr. has also been one of those chains that have been hard hit by the health trend changes in the market. It is only sad because seeing places close is sad, but the health trends being what they are is a welcomed change.  The parent company of the chain has also been in hot water, allegedly discriminating against older employees. The chain has been closing down its locations one by one until none are left soon enough.

Cheesecake Factory: The Cheesecake Factory launched in 1972. It was first a bakery and then transitioned into a restaurant. In 1978, the move to being a fully functioning restaurant proved to be delicious and successful.  The chain saw a lot of growth until they got hit with problems like the rising cost of labor and the changing dining out habits of the public. Over the years, the chain has also seen quite a few legal woes come their way. Now, there are only 195 of these restaurants left in the country.

Chipotle: While the love for Chipotle is still very much out there, the chain is suffering greatly. Chipotle opened its doors in 1993, so they have been in the game for quite some time. That being said, health concerns have put this chain in the news where they do not want to be.   As a result of health issues, fewer people have ventured to the chain for their meals. Sadly, 65 Chipotle locations have begun to close between 2019 and 2020.

Denny's: Denny's initially operated as a coffee shop under the name, Denny's Donuts, in 1953. It then transformed into a restaurant chain of table service diner-style and started franchising in other countries.  More than 1,500 locations of Denny's still operate nationwide, but it's worth noting that 15 Denny's locations permanently closed in upstate New York. Feast American Diners, one of the diner chain's franchisees, is actually the one responsible for this minor setback. Denny's may weather the storm as long as they don't get involved in more discrimination lawsuits.

IHOP: The International House of Pancakes, where many have gone for a late-night pick me up, has been opened since 1958. However, the change in market trends and the desire for healthier food has brought this chain to its knees.  In 2018, IHOP tried to rebrand themselves into more of a diner than an all-day breakfast place. They even went as far as renaming themselves (comically) to IHOB, the International House of Burgers. The rebrand didn't work and the chain has closed between 30 and 40 locations in 2019 alone.

Jack in the Box: Jack in the Box is leagues behind its major competitors - Burger King and McDonald's. A report that was released by the company itself, shared that several hundred of their locations will be operating at a loss this year, and have been for several years back. Jack in the Box has made it a priority to focus more on their customer service and experience, as well as the quality of their food. However, it is hard to tell if customers will be back through their doors the way they used to.

Pizza Hut: Pizza Hut was once a real restaurant. It would be the place for dates, birthday parties, and family nights out. Today, people prefer to spend their money on true Italian dishes from smaller restaurants.  The chain used to be a sit down spot, but is now a takeout spot. As the chain becomes takeout only, they are closing 450 locations, vastly reducing their appearance in the market and doing so in hopes of staying relevant and afloat in the time of health and financial prudence.

Red Robin: The rising cost of labor and fewer customers has been the reason Red Robin is dangerously close to closing for good. In 2018, they ended the year with a loss of $10.6 million. They proceeded to close several locations, leaving 562 of them across the country.  Health scares and poor customer service were other reasons for Red Robin's trouble. They are very high on the list of restaurants that could file for bankruptcy at any moment. The chain is 43% likely to file, according to a report by Macro Axis.

Rubio's Coastal Grill: Rubio's Coastal Grill is a fast-casual Mexican chain that specializes in fish tacos. It was founded by Ralph Rubio, who was inspired to open a restaurant during a spring break with friends. The restaurant chain is not currently on the brink of closing down entirely, but they have shut down all 12 of their Colorado and Florida locations permanently because of the pandemic.  The company still has 170 restaurants in California, Arizona, and Nevada. They have stated that they will be shifting focus back to those core markets.

Sbarro: For 20 years now, Sbarro has been around. It once saw massive success, but over the last few years seen a steady and sharp decline in their revenue. The major reason for the decline, customers say, has to do with the quality of their pizza. In addition to the quality issue, the chain is indebted to the tune of millions of dollars.  Sbarro also does not deliver and is usually located in food courts at malls. With shopping malls becoming a thing of the past as well, Sbarro is suffering. The chain has closed hundreds of their locations, including their iconic spot in Times Square.

Sonic: Dubbed as "America’s favorite drive-in," Sonic may not be the apple of the eye of customers lately. In 2018, their quarterly reports have already plummeted. CEO Cliff Hudson related this to the "unfavorable weather" and "continued aggressive discounting by the competition."  Sonic is still trying to find their way out of the woods by appealing to younger diners. The drive-in fast-food restaurant chain now offers an order-ahead smartphone app and half-price drinks and shakes during certain times of the day.

Subway: Subway has experienced ups and downs throughout their time in the market. They were considered one of the first healthy choice restaurant chains, with brilliant marketing surrounding their healthy options. However, Americans eventually realized that not everything on their menu is as healthy as they claim.  The chain began closing its locations back in 2014. They did so because they actually grew too fast and saw a sharp decline in profits as a result. In 2018, they closed around 1,100 locations across the country. They still have around 24,000 in operation, but closing many of them as a plan for years to come.

Taco Bell: Taco Bell is suffering as a result of competition, global crisis, and over-extending their own finances. The chain needed to do some recalculating based on health trends, but kept seeing their loyal fan base come back to them. They are a pop culture symbol at this point, but that doesn't mean they are safe from disappearing.  In 2019, Taco Bell closed six locations, and while that does not seem like much, the chain spent years growing so this decline and shuttering of locations is a first for them and not a good sign.