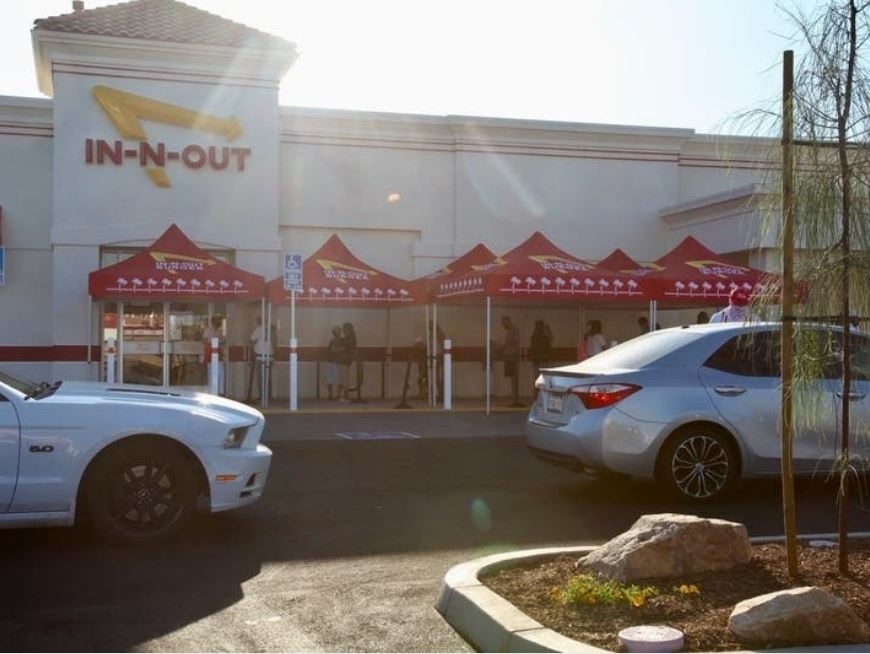 In a 3-2 vote Thursday, councilmembers nixed a plan that would have allowed fast-food drive-thrus along Highway 111.  Several U.S. cities have placed moratoriums on drive-thrus in an effort to curb emissions, reduce litter, improve pedestrian safety and enhance walkability.

After long and difficult discussion Thursday, the Palm Desert City Council voted against allowing drive-thru restaurants to open in areas beyond those currently allowed near Interstate 10.  Councilmembers Gina Nestande and Karina Quintanilla supported a proposed zoning ordinance amendment that would have allowed drive-thru eateries in specific areas along Highway 111, while Kelly, Mayor Pro Tem Jan Harnik and Councilmember Sabby Johnathan rejected the proposal.  Kelly, Harnik and Jonathan all raised environmental concerns.  Emissions-emitting vehicles idling in a line is a "failure of public policy," Kelly said. "Drive-thrus are yesterday's innovation."

Bringing drive-thrus to Palm Desert would make the city "Anytown Southern California," Kelly continued.  Randy Florence, who chairs the Palm Desert Area Chamber of Commerce, told the council on Thursday that traffic congestion would increase on 111 if drive-thrus were allowed.  "Palm Desert is, and has been, a progressive city," especially where the environment is concerned," he said. "In 2021, we should all be part of the solutions."  As part of Thursday's vote, staff will study whether expanding the number of drive-thrus at the I-10 is feasible. Staff findings will come back to the council at a yet-to-be-determined date.

It's been more than 70 years since the first drive-thru eatery popped up in California. Palm Desert became a city in 1973, and by then drive-thrus were all the rage, but the ban didn't budge. It's one of the few cities to hold steadfast.  During the pandemic, drive-thru was a lifeline for some restaurants, although "curbside pickup" became the new buzz phrase in Palm Desert and beyond.  Several U.S. cities have placed moratoriums on drive-thrus in an effort to curb emissions, reduce litter, improve pedestrian safety and enhance walkability. Ban supporters also cite drive-thrus as yet another factor in the country's ongoing obesity trend.

But Patrick Wood of Wood Investments Companies owns the now vacant Chase Bank at the Palms to Pines Shopping Center on Highway 111. He was present for Thursday's meeting and expressed support for an amended zoning ordinance.  Wood's company has been in talks with the restaurant chain Raising Cane's Chicken Fingers to come to the location if the drive-thru ban was lifted.  "The use of the drive-thru has become essential to everyday living whether it's for convenience or necessity," according to Wood.

Dick Shaloub, a McDonald's franchise owner, said prior to the meeting that drive-thrus give customers what they want.  "Things have changed, demographics have changed, technology has changed and especially coming out of a pandemic," he said. "Customers want convenience and safety that drive-thrus offer. Drive-thrus bring increased employment, less traffic, electric vehicles with less emissions. Overall, it's frustrating when we can't give customers what they want."